The Rockford Aquatic Club (RAC Polo) is a member club of USA Water Polo, the official Organizing Authority and Olympic Development Path for the sport of water polo. USA Water Polo promotes and supports the sport through local, regional and national programs and events designed for males and females of all ages.

RAC Polo serves and welcomes young men of middle and high school age, regardless of where they live or attend school in the West Michigan area. RAC Polo provides training, practices and matches throughout the Spring and Summer months. Our teams participate in tournaments throughout the Midwest and typically qualify for and compete in the USA Water Polo Junior Olympics held each July in California.

SCROLL DOWN TO VIEW PHOTOS AND RESULTS FROM PAST SEASONS

RAC POLO also has its own Facebook group where lots of team updates and photos are posted regularly.
You can ask to become a member of this group via the following link: www.facebook.com/groups/390926374437587/ 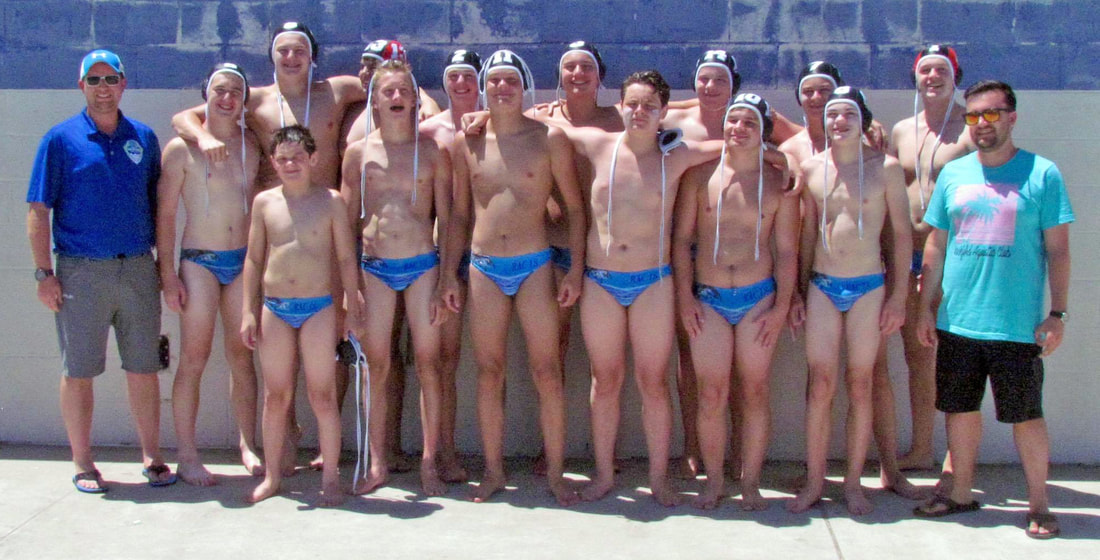 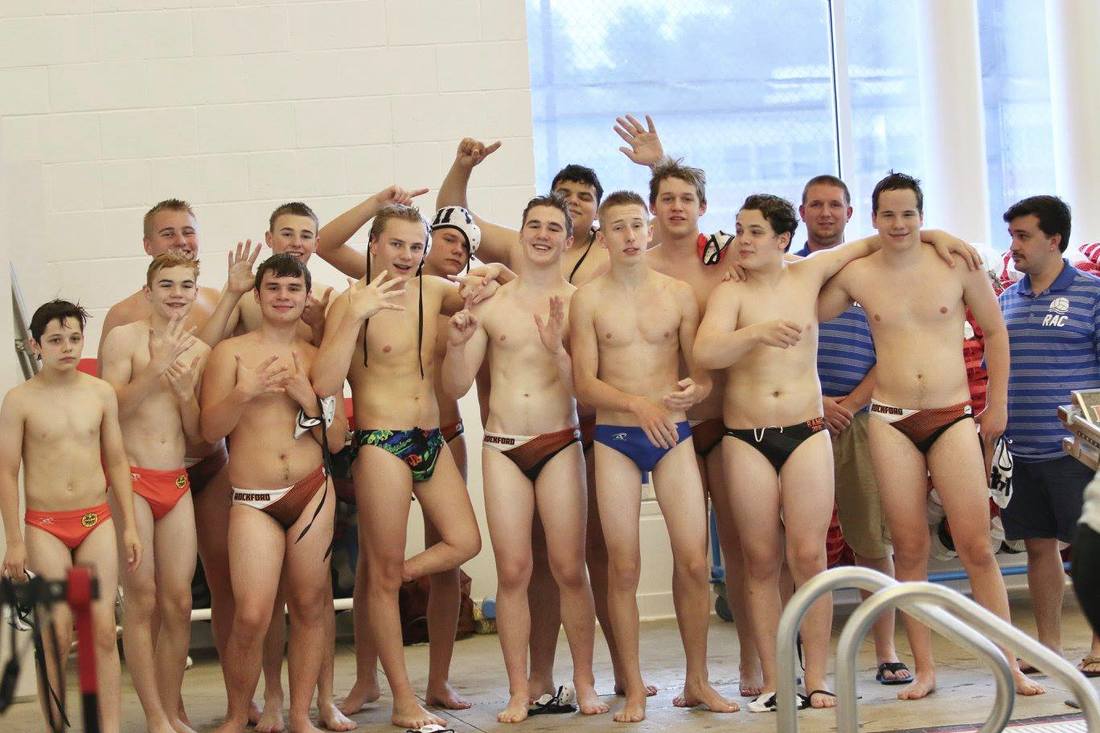 Although RAC will not be sending an 18U team to the Junior Olympics in 2018, several RAC alums and a few current team members formed a team and won the 18U division at the 2018 Great Lakes Classic Tournament in Ann Arbor MI.
Four of these young men will be competing at the collegiate level in the Fall of 2018.

PHOTOS AND RESULTS FROM PAST SEASONS

The Rockford Aquatic Club 18U team (shown below) placed 34th in the nation at the 2017 Junior Olympics in Orange County California. We were the #1 team from the Midwest and only 3 teams outside the West Coast placed higher! 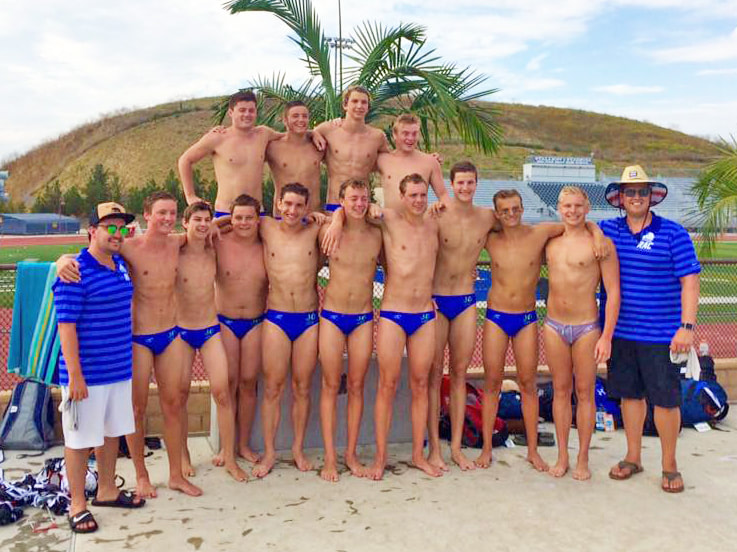 The RAC Polo 16U team, shown below, finished 40th overall in the 16U tournament at the 2017 Junior Olympics. 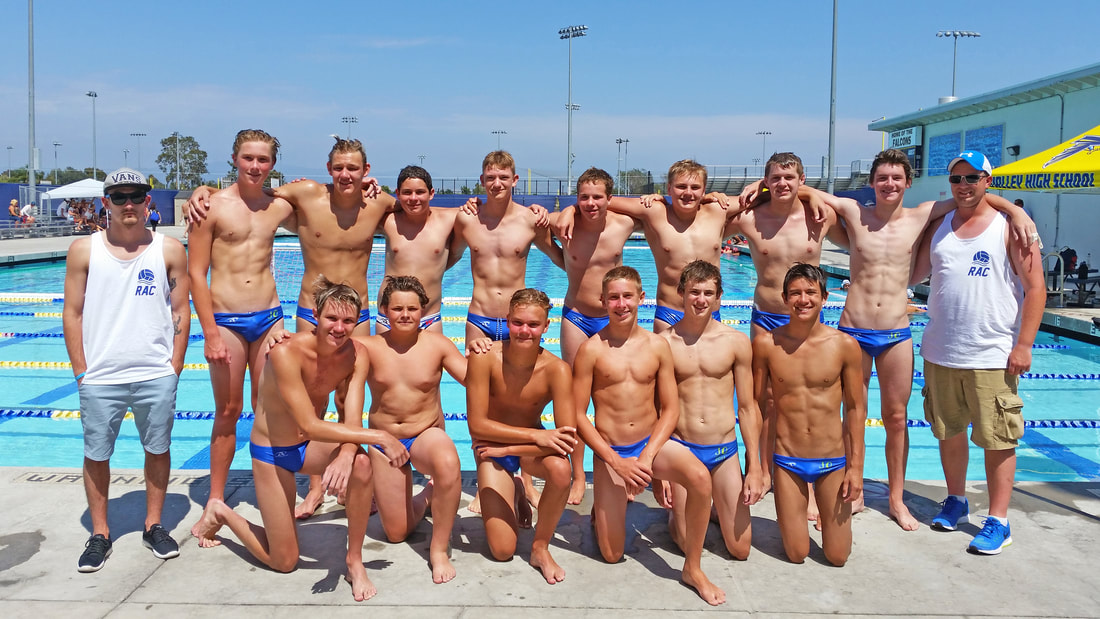 The photo below shows both the 16U and 18U RAC Polo teams at the 2017 Junior Olympics.
Both teams finished higher than they were seeded going into their respective tournaments. 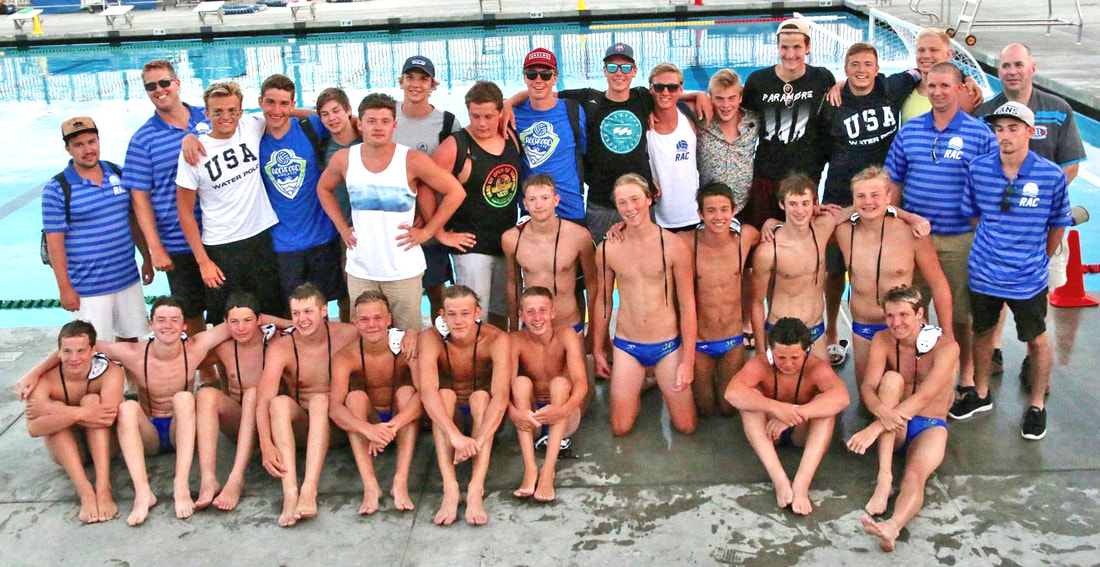 ​The 18U Rockford Aquatic Club team placed 39th in the nation at the 2016 Junior Olympic Championships in San Jose California. 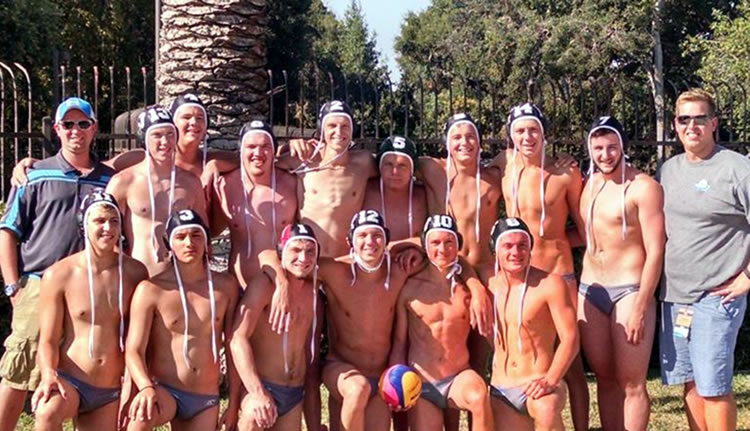