Katie is a graduate of Rockford High School, class of 2002. During her senior year, she was the Ted Carlson Award winner and the OK-Red Athlete of the year. Clarin earned four varsity letters playing water polo and two playing basketball for the Rams. In high school, she was twice named to the All-American water polo team. After high school, she attended and graduated from Michigan State University. While there she played 4 years of water polo for the Spartans.  She was 1st Team All- Big Ten all four years, as well as four years on the All-National First Team. After falling just short a couple of times, the Spartans won the 2006 Collegiate Club National Championship and Clarin was named MVP of the Tournament.
After graduating with her undergrad from MSU, she went on to earn her Master’s Degree at Aquinas College. Clarin started coaching for the Rams as an assistant with the boys program in 2006 and the women’s team in 2008. She has been the head girls coach since 2014. Clarin is currently the secretary for the Michigan Water Polo Association. When she isn’t on the pool deck you can find her at North Rockford Middle School teaching mathematics.
Clarin loves the sport of Water Polo and being able to share the knowledge she has gained over the years from so many of her great coaches, mentors, and teammates. She also values the lessons she learns from the athletes she coaches each year. Every season she looks forward to being able to watch the team and the individual players grow not only as water polo players but as young adults.
GO RAMS!! 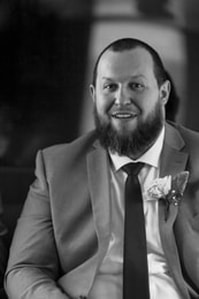 Jerrad Reickard is a Rockford alumni and was part of the class of 2001. After high school, he went onto attended Ferris State University where he studied Music Management and graduated in 2008. Reickard had various jobs while living in Nashville and Baltimore. After moving back to the Rockford area, he started coaching boys in the fall of 2011 and coached for four seasons.  He has been an assistant aquatics supervisor for the pools, a custodian at North Rockford Middle School, and currently works in the maintenance department for the district. In the spring of 2019, Reickard became the JV coach for the Rockford Girls’ team. While he was a player in high school, he was a member of the 2000-01 State Championship Water Polo and Swimming/Diving teams. He was three time All-State, two time All-American, and team captain his senior year.
Reickard is Looking forward to coaching the girls again, and his hope for this year is that we can give these young ladies all the tools they need to do their very best and have a whole lot of fun doing it! 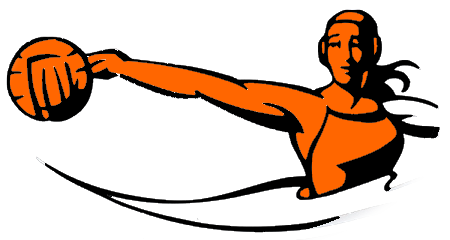